Timur Bekmambetov has a thing for classic monsters.  In the past few months, he released his version The Wolfman to theater screens in February and is on board to produce Abraham Lincoln: Vampire Hunter alongside Tim Burton. So what could possibly be next for Bekmambetov?  Taking on Frankenstein, of course.

According to Production Weekly, Bekmambetov is mulling over directing the film adaptation of Peter Ackroyd’s novel The Casebook of Victor Frankenstein, with a script written by playwright/screenwriter David Auburn.

The novel combines a retelling of the classic Mary Shelley novel interwoven with real-life figures from Shelley’s own life. In it, medical student Victor Frankenstein argues with Percy Bysshe Shelley about science, life and religion which drives the young Frankenstein to become obsessed with reanimating corpses. Unimpressed with the quality of corpses supplied by the coroner, he forges an alliance with the dangerous Doomsday men.

Granted, Bekamambetov is attached to so many projects at this point, it’ll be interesting to see which one he chooses. He is taking his time choosing his next directorial project, but with a script written by a Tony Award winning playwright and a Victorian setting for him to play with, this could be the one that pushes him back into the director’s chair. 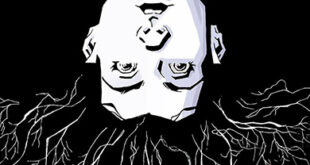