Home / Pop Art & Words / Become One of Your Favorite Superheros

Become One of Your Favorite Superheros

Hasbro and 3DPlusMe announced the introduction of SUPER AWESOME ME, a personalized 3D printing experience that allows kids and kids at heart to become one of their favorite characters, Captain America or Iron Man. The SUPER AWESOME ME initiative provides fans with a customized, one-of-a-kind action figure through a unique, in-store experience. In conjunction with Disney Consumer Products’ Marvel Super Hero September celebration, the SUPER AWESOME ME experience will launch at ten Walmart and two Sam’s Club locations from September 19th to September 28th. Everyone is encouraged to share the fun online using the hashtag #MarvelSuperHeroSept.

The SUPER AWESOME ME experience begins when the fan visits an in-store scanning station where a 3D face scanner captures their likeness to create a 3D model. At launch, fans can visit one of ten Walmart or two Sam’s Club stores and choose from Captain America or Iron Man to create a personalized 12” action figure. The SUPER AWESOME ME figure features a traditional 12” articulated plastic action figure body and a full color 3D printed head. Recommended for fans ages 4 years and older and available for an approximate retail price of $45, the SUPER AWESOME ME figure will be available for pick up at Walmart locations or ship to Sam’s Club customers in four weeks.

“Our Marvel Super Hero September campaign encourages consumers to Power Up Like a Super Hero and through the innovation of 3D printing, SUPER AWESOME ME allows them to become one of two popular Marvel Super Heroes,” said Isabella Lahoud, vice president of licensing for Marvel at Disney Consumer Products. “We are thrilled to team with Hasbro along with 3DPlusMe to offer this cutting edge and exclusive opportunity to fans of all ages.”

“By joining forces with high-profile retail partners and brands, such as Hasbro and Walmart, we are delivering a story-driven experience to fans on an unprecedented scale,” said Cydni Tetro, CEO of 3DPlusMe. “Our mobile personalization platform for 3D printing is the first of its kind. Helping consumers become popular characters is not only a compelling event for fans, but a powerful retail opportunity.”

Beginning on Friday, September 19th the SUPER AWESOME ME experience will be available at ten Walmart and two Sam’s Club locations in markets including New York, Los Angeles, Chicago, and Houston. 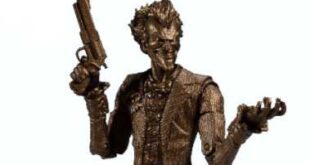 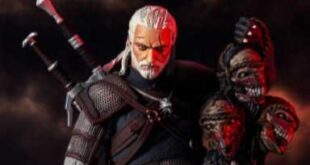 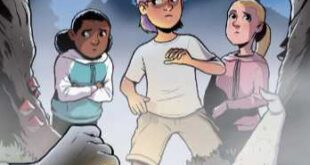 This spring, the Oni-Lion Forge Publishing Group is pleased to announce the addition of several …