Battlestar Galactica is the gripping saga of humanity’s last remnants and their struggle to find a new home while fleeing from their deadly Cylon enemies. Redefining the space opera with its gritty realism, Galactica’s intensity, issues-driven topicality, and command performances have garnered it numerous awards, including three Emmy(R) Awards and the prestigious George Foster Peabody Award. The show was recognized by the American Film Institute (AFI) as one of the most outstanding programs of the year two years running. The series was produced by Universal Cable Productions and executive produced by Ronald D. Moore and David Eick. The outstanding ensemble cast was led by Edward James Olmos, Mary McDonnell, Katee Sackhoff, Jamie Bamber, James Callis, Tricia Helfer and Grace Park.

“Battlestar Galactica is a supremely gameable intellectual property, with compelling character classes, a fantastic array of ships and weaponry, multiple worlds, and a dramatic storyline,” said Bill Kispert, VP & GM, Digital Platforms, Universal Partnerships & Licensing. ” We are excited to work with Bigpoint – and our partners at Universal Cable Productions and Syfy – to bring an epic, accessible, and ‘always on’ BSG experience to fans of the franchise and online gamers alike.”

“Cooperation between Bigpoint and NBC Universal is a very important strategic step for us,” explains Heiko Hubertz, CEO and founder of Bigpoint. “Battlestar Galactica has a huge and passionate fan base. We are proud to be able to publish such an internationally famous title as one of our online games. For the first time ever, we’re relying completely on Unity in order to offer our users fantastic game graphics right in their browsers.”

Battlestar Galactica Online is the first game inspired by a blockbuster Hollywood franchise to be fully developed on Unity technology for MMO audiences. This platform independent engine makes it possible to produce real-time 3D applications such as MMO games with exceptionally high quality graphics without having to download a client.

Players will be able to choose to play as cylons or humans in a constant struggle to control the universe or just survive its perils. A blend of tactical space combat, exploration, and mission-based gameplay will provide a diverse experience. The dramatic missions will define the game’s overall storyline, enabling the player to delve into mysteries of the Battlestar universe. Battlestar Galactica Online will create a new standard for web games, with beautiful 3d graphics and innovative game mechanics bringing a new level of game play to browser based MMOG. Assets from the television production will be integrated into the game to deliver an even more authentic experience. 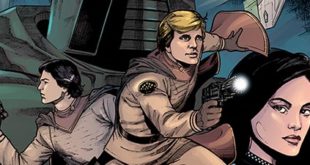