The Batman story by the bestselling team of writer Scott Snyder and artist Greg Capullo features the conclusion of the Dark Knight’s two-part battle with the shape-shifting villain Clayface and serves as a prelude to June’s BATMAN #21 – the first part of “Zero Year,” the modern re-telling of Batman’s classic origin. Additionally, the month saw GREEN LANTERN #20, the critically-acclaimed conclusion of writer and DC Entertainment’s Chief Creative Officer Geoff Johns’ epic nine-year run on the series, clock in as the top DC book in total dollars and the softcover graphic novel SUPERMAN: EARTH ONE VOL. 1 as the top DC Entertainment collection in sales to comic shop retailers, according to Diamond.

Ahead of the theatrical release of Warner Bros. Pictures’ “Man of Steel” on June 14, DC Entertainment announced a partnership with comic book retailers, libraries and bookstores across America to declare Wednesday, June 12 “‘Man of Steel’ Day.” Fans visiting their local comic book retailers on “‘Man of Steel’ Day” will receive a free copy of an ALL STAR SUPERMAN #1 Special Edition comic book, one of the most acclaimed Superman stories ever by the award-winning and beloved creative team of Grant Morrison and Frank Quietly.

“It’s a great time to be a fan of both Batman and Superman,” said Diane Nelson, President DC Entertainment. “The continued success of these iconic characters is further proof that DC Entertainment is the home to the World’s Greatest Super Heroes. For Superman’s 75th anniversary, we’re showcasing the character’s enduring greatness, from the first panel of ACTION COMICS #1 to next week’s SUPERMAN UNCHAINED #1.”

This week also saw the company make two game-changing announcements in the areas of digital and print publishing. Earlier this week, Nelson and Lee unveiled DC2 and DC2 Multiverse — new digital innovations that will take comics to the next level of interactivity — at Time Warner’s “The Future of Storytelling” exhibition at the Time Warner Media Lab in New York. DC2 is a new feature that layers dynamic artwork onto digital comic panels, adding a new level of dimension to digital storytelling. DC2 Multiverse allows readers to determine a specific story outcome by selecting individual characters, storylines and plot developments while reading the comic, creating multiple options and end results for each digital comic chapter, leading the way in interactive comic book storytelling.

Additionally, plans were revealed for an epic month of September and beyond, as Lee and fellow Co-Publisher Dan DiDio announced that the company’s legendary villains would be taking over the entire publishing line as part of a month-long event aptly titled “Villains Month,” spearheaded by the seven-issue limited series FOREVER EVIL, from the powerhouse creative team of writer Geoff Johns and artist David Finch, and spinning out of the conclusion of TRINITY WAR, a two-month crossover involving the three ongoing JUSTICE LEAGUE titles this summer. Each of the “DC Comics – The New 52” regular comic book series for September will focus on a key foe and answer the question: “What happens when the villains win?” Each “Villains Month” book will also feature a never-before-seen printing innovation: 3-D Motion covers. Featuring five layers of visual scenery and completely lenticular stock cover, the groundbreaking initiative creates an unparalleled sense of visual depth and brings to life the most beloved – and evil – characters in the DC Entertainment pantheon of characters. The 3-D Motion covers – paired with the universe-spanning saga that is FOREVER EVIL and “Villains Month” – give comic shop retailers and core fans of the company’s print business a great event with lasting value and an engaging story.

Vertigo kicked off the summer in fine form, with the launch of the horror-tinged THE WAKE, from Snyder and writer Sean Murphy in May and this week’s ASTRO CITY #1, from the classic creative team of writer Kurt Busiek, artist Brent Anderson and cover artist Alex Ross. The series leads a pack of notable debuts coming down the line for the genre-defying imprint, including this month’s 100 BULLETS: BROTHER LONO #1 from the legendary team of writer Brian Azzarello and artist Eduardo Risso, July’s sci-fi adventure COLLIDER #1 by rising star writer Simon Oliver and artist Robbi Rodriguez and renowned writer/artist Jeff Lemire’s TRILLIUM #1 in August. More Vertigo news – including details about Neil Gaiman’s much-anticipated return to the world of SANDMAN – will be announced throughout this year.

Just a few weeks ahead of the debut of the BEFORE WATCHMEN deluxe collections, digital sales of the classic WATCHMEN paperback increased in May during a two-week promotion with partner Kindle. This uptick was also seen in overall physical sales.

MAD continues to bring humor to our lives daily on The Idiotical with parodies like “Drone Ranger” and “Obama and Christie: Jersey Shore BFFs.” And MAD Presents Superman #1, the Super Spectacular Summer issue featuring some of the most beloved Superman parodies and includes 7 new pages that put a uniquely MAD spin on the upcoming film, arrives in stores June 12.

The coming weeks will also see a refreshed and streamlined DC Entertainment website, featuring a homepage redesign, a more robust video section and enhanced, daily coverage and features of our products and news. 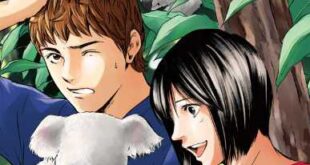