‘Ant-Man and The Wasp’ Have Big Box Office Win 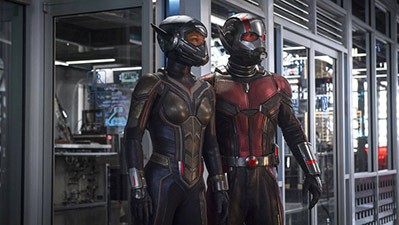 Ant-Man and the Wasp may have leveled off a bit in its North American box-office debut, but it had no trouble crushing the competition over the weekend with $76 million — or coming in 33 percent ahead of the first Ant-Man as Disney and Marvel Studios cement the standing of another stand-alone franchise.

Ant-Man and the Wasp is the 20th film in the Marvel Cinematic Universe and flew into theaters following the staggering success of fellow Marvel titles Avengers: Infinity War earlier this summer and Black Panther in February. Ant-Man and the Wasp boasts an 87 percent rating on Rotten Tomatoes and earned an A- CinemaScore from audiences. Still, it is a smaller property in the Marvel stable.

The top 12 films of the weekend, as of Sunday, July 8, are as follows: